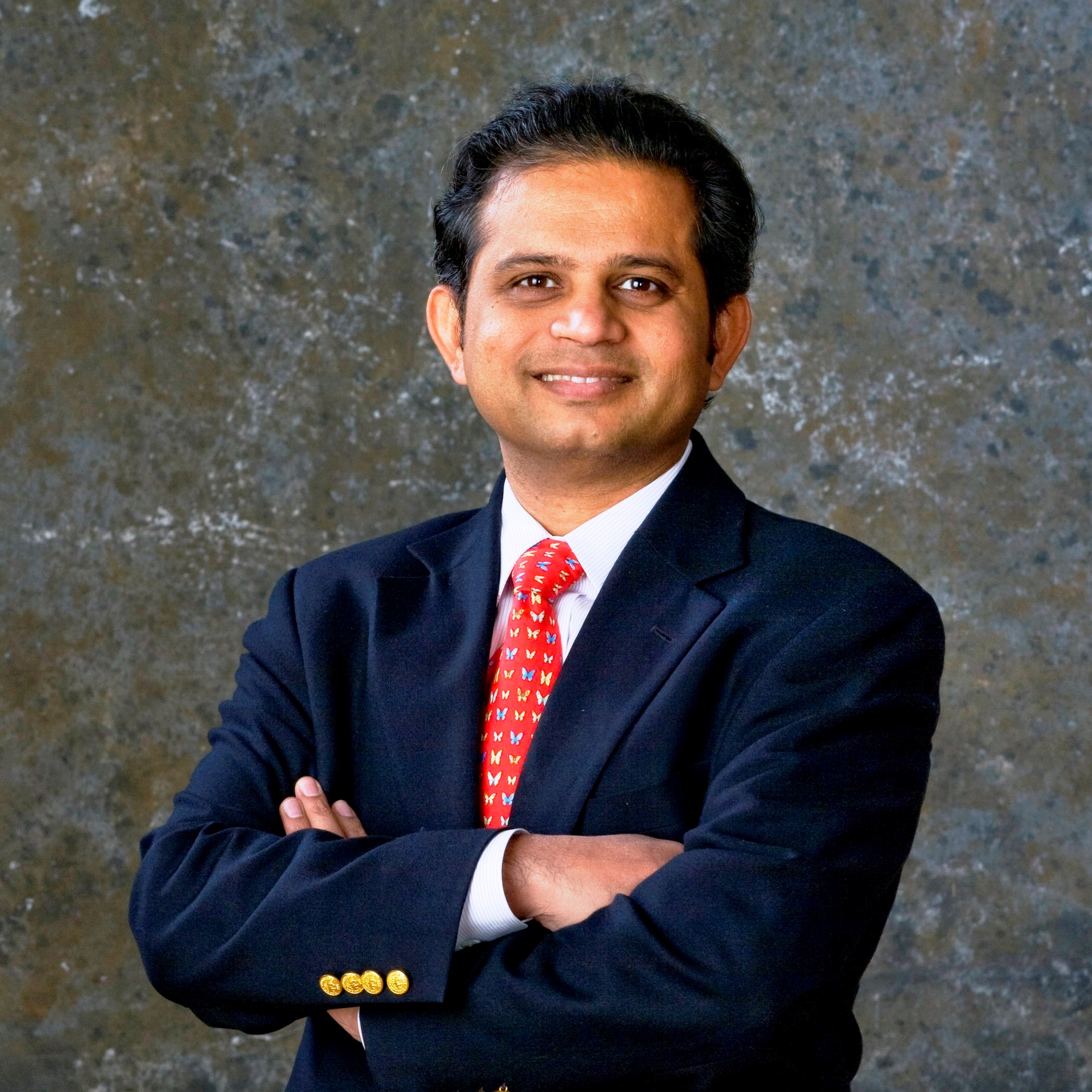 Parimal has been able to successfully reinvent a few times in his career and demonstrate his ability to adapt to changing environments.

Parimal was on an academic path toward a Ph.D in Materials Science & Engineering from the University of Texas at Austin. However, he realized that prospects in his field of studies were becoming limited, particularly for international students.

The Cold War had just ended and the ensuing reduction in the defense budget caused a mild recession in the early 1990’s. Most jobs in his chosen field were funded by defense spending which also required security clearance and U.S. citizenship. So, Parimal changed his path and pursued an MBA in Finance from the University of Texas at Austin.

Those days, investment banks did not come to UT Austin’s campus to recruit. They generally focused on Ivy League schools and a few others. He didn’t even know how much emphasis investment banking put on prior relevant work experience, which he had none of.

For international students in 1993, getting a job was quite difficult. The country was just coming out of a recession and employers were required to demonstrate that they were unable to find a US citizen or a permanent resident before hiring someone like him. Regardless, he packed his bags and drove to NYC to find a job in investment banking with $5,000 that he had saved from his research assistantship money. He rented a basement of a house in NJ and started mailing his resumes.

In the meantime, he delivered newspapers for a few months and then did a part-time bank teller job for a month. But he was running out of money.

So, he sold his car and moved in with friend in Queens and booked a one-way ticket to India. He was interviewing with Bear, Stearns at that time and kept postponing his ticket to India. After 4-5 rounds of meetings, he finally asked the recruiting Managing Director what he should do with his ticket and he advised him to cancel it. It still took him a total of sixteen separate trips to Bear, Stearns before he got the job of an Associate in investment banking. But the rest, as they say, is history.

After progressing through the usual rungs of Associate /Senior Associate, Vice President / Sr. Vice President / Director, he realized that further progression was dependent on how much business he could generate for the bank. He assessed his selling abilities and decided to pivot to the corporate side. He heard a lot of excuses about why investment bankers did not make good corporate executives – because they were too aggressive for the collegial corporate world, or not team players, always looking to get back to investment banking, etc. Ultimately, he was successful with a client of his, Terex Corp, who knew his capabilities well. He had a very productive 14 years defying all those naysayers who claimed he could not be successful in the corporate world.

When Terex changed its acquisition strategy, Parimal pivoted again and found himself an operating role in Italy. He was managing a multi-product business with three manufacturing facilities, multiple international sales branches and had an approximately 400 person organization reporting to him. For a business that had processes stuck in the 1990’s, he made significant improvement in a short time (see one of the case studies). He did that in a new cultural environment by winning his team’s trust and respect.